Apple Music has long had three-month free trials, but what if you want to give News+ a similar dry run? You can — but only if you act quickly. Apple is offering a three-month trial to News+ to American and Canadian users who sign up through…

Microsoft will stop publishing its developer-focused MSDN Magazine this November, after a 19-year run. The magazine, which started out as two separate titles — Microsoft Systems Journal and Microsoft Internet Developer — was first printed in…

Why some tech companies are turning to print

A month ago, I received a big, hefty magazine in the mail. It included stories such as a guide on where to go in Buenos Aires, a feature on tiny houses, and a deep dive into the history of African-American jockeys. The magazine was part travel…

Top advertising companies and brands in China in Q3 2018

The top 20 companies accounted for 23.6% of total full media ad spending during the Q1-Q3 period. Internet companies debuted in the top 20 ranking of full media in H1 2018. Tmall, JD Mall, Coco-Cola, Suning, Xiaomi, Apple, Huawei, and Tencent were among the list of top buyers. By comparison, some emerging internet retailers paid attention […] 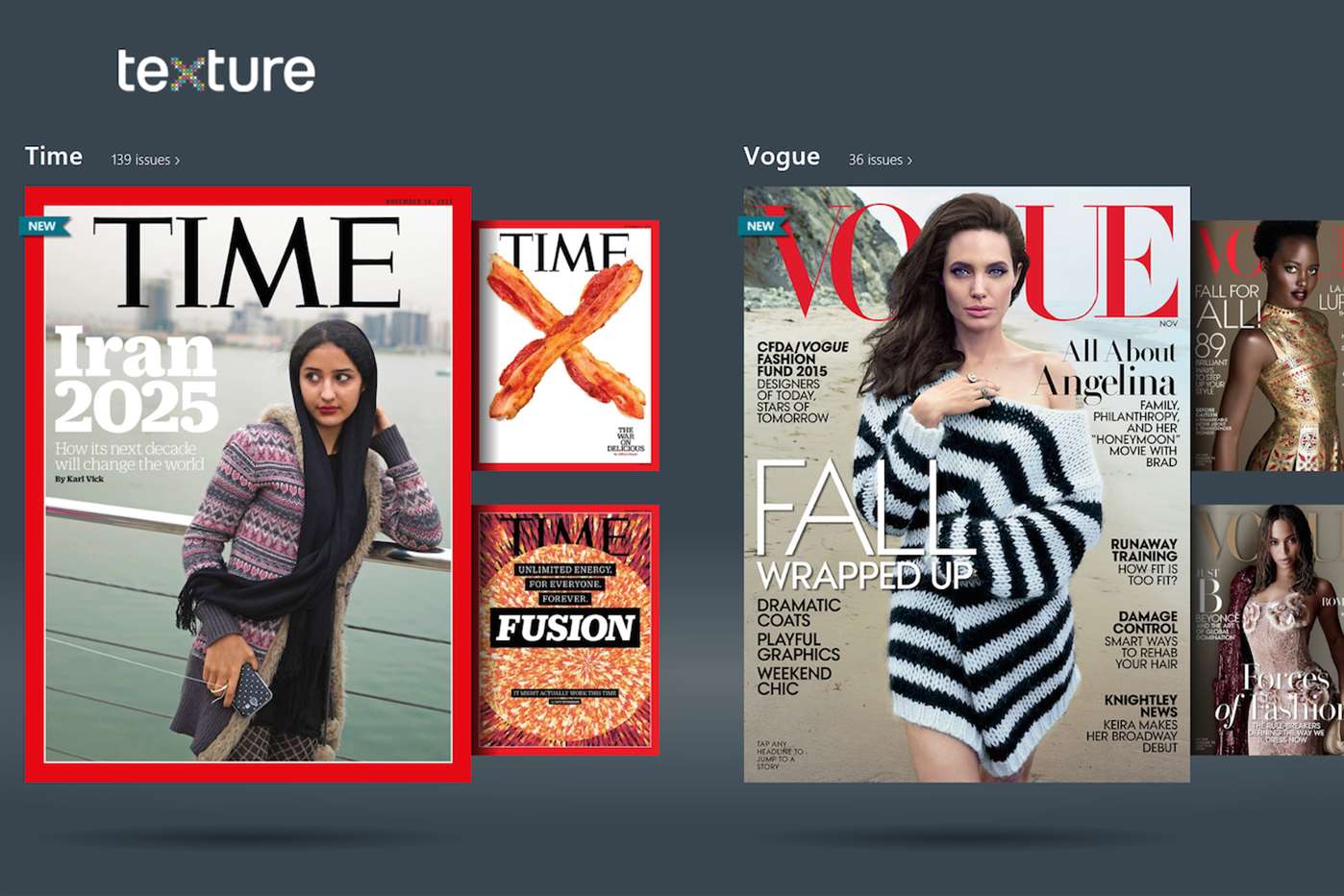 Apple bought Texture, the ‘Netflix for magazines,’ back in March as a clear bid to get in on an uncluttered media provider niche. The service gives subscribers unlimited access to a number of publications — but now, you won’t be able to use it on Wi… 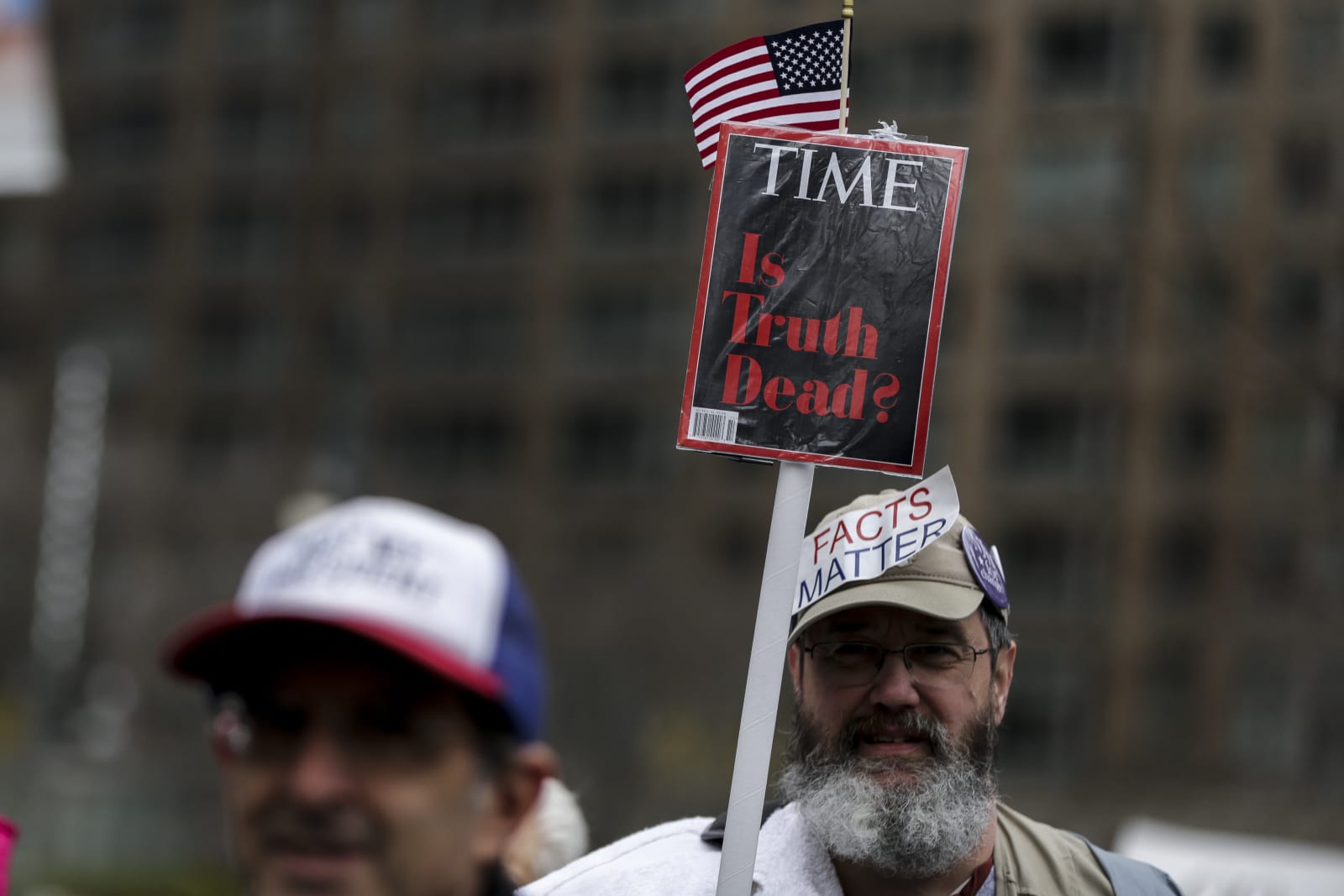 Time Inc. hasn’t had the easiest time adapting to an online world: although its brands have been pushing boundaries in digital storytelling, it has made some questionable decisions (MySpace, anyone?) and is in the midst of an overhaul that could see…

According to the report released by CTR Media Intelligence, China’s overall advertising market increased 0.4% YoY in the first half of 2017. Compared to last year in which the growth is 0.1%, Chinese advertising market is increasing slightly and the market shows a new round of stability. Radio is the only increasing media of the traditional […] 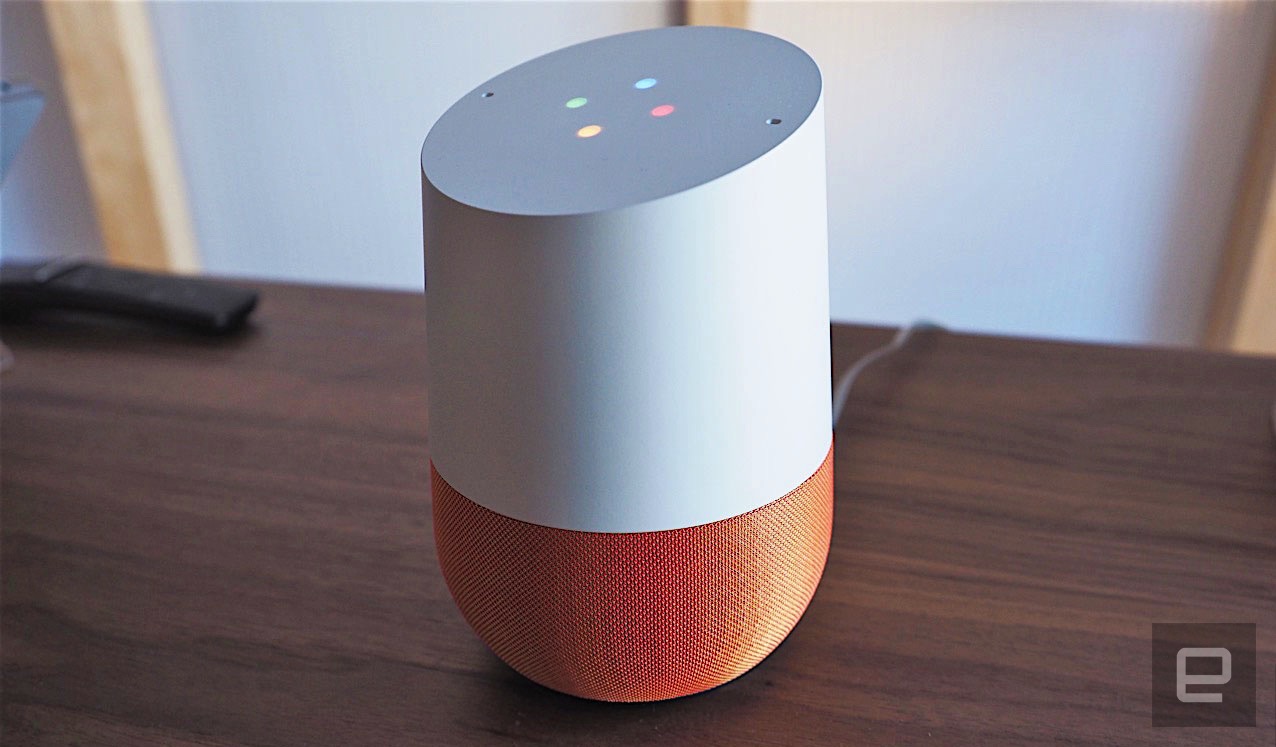 Google’s partnerships with media companies for Home add-ons goes beyond advertisements for Beauty and the Beast. For next month’s 125th anniversary issue of Vogue, readers can ask Google Assistant for more information on a quintet of articles. Once t…

The fashion world loves augmented reality. From Gap to Nike, brands are trying to find different ways to integrate the technology into their retail experience. And now W Magazine, one of the most prominent fashion publications, is treading a s…

OK, House. Get Smart: Make the Most of Your AI Home Minions

If you’re not already having conversations with a cylindrical speaker sitting on the counter, you will be soon. Here’s a guide to your future AI minion. The post OK, House. Get Smart: Make the Most of Your AI Home Minions appeared first on WIRED.

The Return of the Iconic Rangefinder Camera

For many serious photographers, the rangefinder camera remains the go-to window on the world. The post The Return of the Iconic Rangefinder Camera appeared first on WIRED.

This Photographer Converted a Box Trailer Into a Giant Mobile Camera

Ian Kasnoff has created a mobile lab for his unique brand of artistic alchemy. The post This Photographer Converted a Box Trailer Into a Giant Mobile Camera appeared first on WIRED.

Print a Pretty Picture With These Instant Film Cameras

Snapchat pics disappear in a day. These cameras print photos you can hold forever. The post Print a Pretty Picture With These Instant Film Cameras appeared first on WIRED.

Become an Instagram Influencer With This Mobile Photo Gear 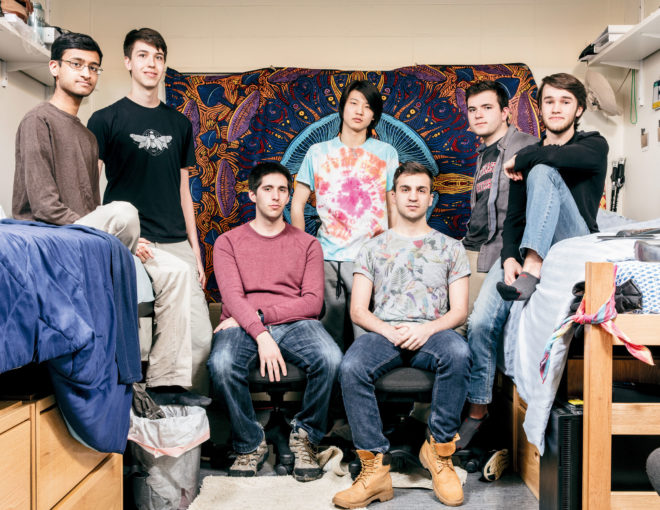 They are young but not selfish. Brilliant but not dorky. Engaged but not political. The current class of college-age hackers will shape our future. The post Meet the Brilliant Young Hackers Who’ll Soon Shape the World appeared first on WIRED.

How to Stream Live Television Without Paying for Cable

Get the best of live, on-demand, and streaming television without paying for cable The post How to Stream Live Television Without Paying for Cable appeared first on WIRED.

Let There Be Light: 2 Killer Projectors for Your Home Theater

The latest TVs are gorgeously slim. But a richly colored layer of photons is downright ethereal. The post Let There Be Light: 2 Killer Projectors for Your Home Theater appeared first on WIRED.

Make Movie Night a Blockbuster With This Fully-Loaded TV Room

Upgrade your den of infinite diversion with the right gear and you’ll forget what a movie theater even is. The post Make Movie Night a Blockbuster With This Fully-Loaded TV Room appeared first on WIRED.

You arranged your TV room so you can sit around in comfort. Now, prepare your virtual-reality space. The post How to Set Up a Room in Your Home Just for VR appeared first on WIRED.

Apple’s iPad Keyboard Sucks. Get One of These Instead

Promote your iPad Pro with a real keyboard. The post Apple’s iPad Keyboard Sucks. Get One of These Instead appeared first on WIRED.

A Gorgeous Lamp That Invigorates as It Illuminates

The Flow Table Lamp is brilliant. The post A Gorgeous Lamp That Invigorates as It Illuminates appeared first on WIRED.

The Curse of the Bahia Emerald, a Giant Green Rock That Ruins Lives

It’s a one-of-a-kind geological artifact. What’s it worth? Maybe $100 million, maybe nothing. But those who’ve pursued it have definitely paid a price. The post The Curse of the Bahia Emerald, a Giant Green Rock That Ruins Lives appeared first on WIRED.

This Motorcycle Gear Will Bring Joy to Your Weekend Rides

The hottest gear for hitting the road, no matter the season. The post This Motorcycle Gear Will Bring Joy to Your Weekend Rides appeared first on WIRED.

Power to the Pedal: 2 New E-Bikes for Your Commute

In an ideal world, every human would have perfectly toned thighs and a flat cycle path on which to commute. The post Power to the Pedal: 2 New E-Bikes for Your Commute appeared first on WIRED.

Magnus Walker is a Porsche remix artist. The post Take a 360-Video Tour of a Porsche Modder’s Sweet Rides appeared first on WIRED. 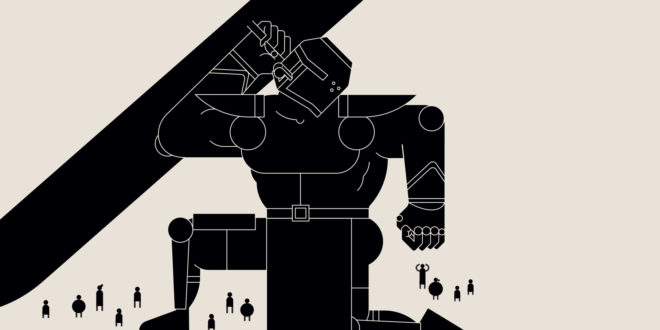 As president of the Freedom of the Press Foundation, Snowden is helping the media beat state-­sponsored hackers and government surveillance. The post Edward Snowden’s New Job: Protecting Reporters From Spies appeared first on WIRED.

If You Want to Learn Faster, Overclock Your Audio and Video

In an age where more and more information arrives as multimedia, we’re reinventing the noble art of skimming. The post If You Want to Learn Faster, Overclock Your Audio and Video appeared first on WIRED. 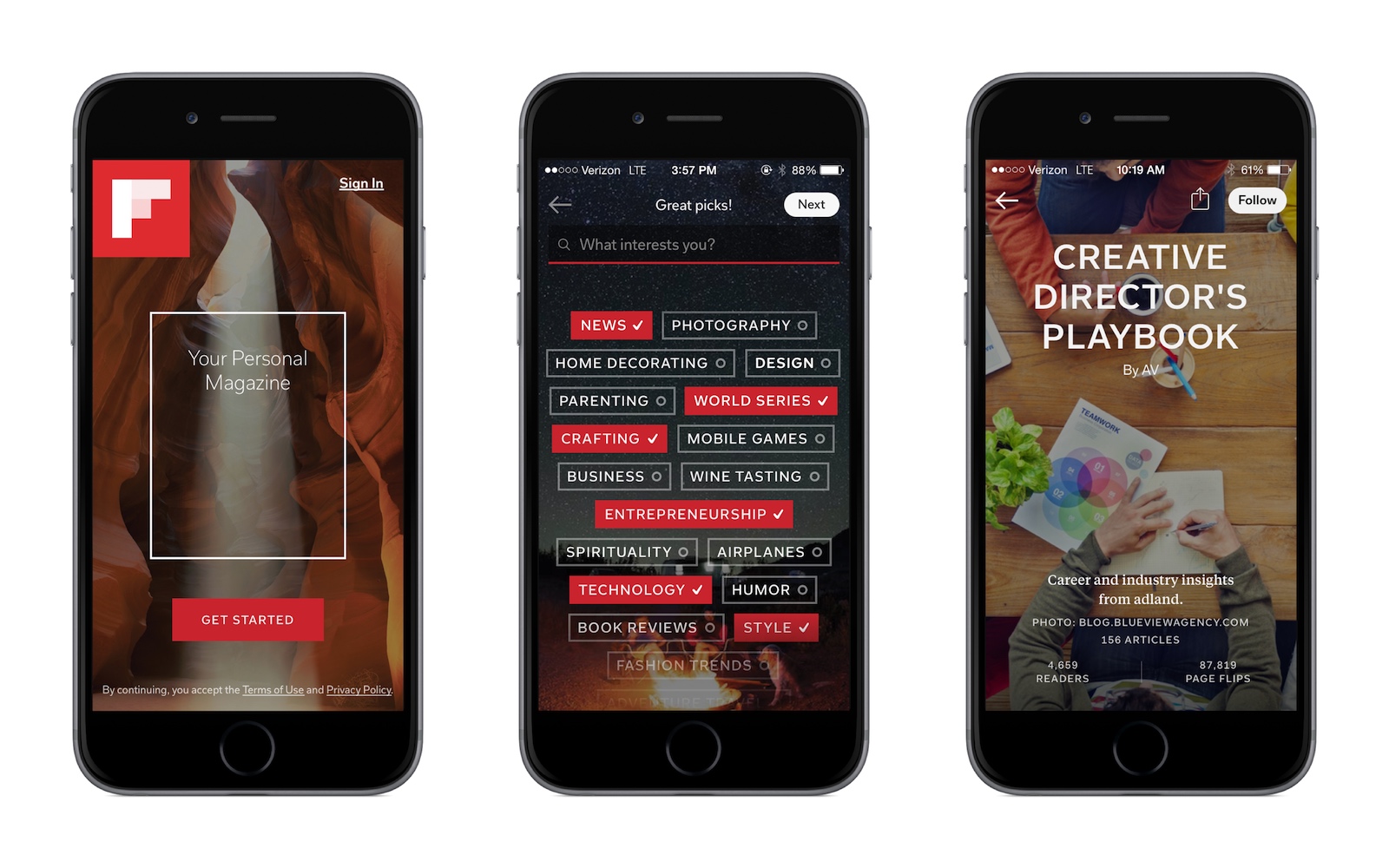 Nike’s Iconic Gas Slipper, the Air, Gets a Minimal Reboot

At just 8.8 ounces, the VaporMax is strides ahead of the bulky Air Max shoes of yesteryear but still delivers the legendary bounce. The post Nike’s Iconic Gas Slipper, the Air, Gets a Minimal Reboot appeared first on WIRED.

Ride Your Bike Like a Kid—and Make It Fun Again 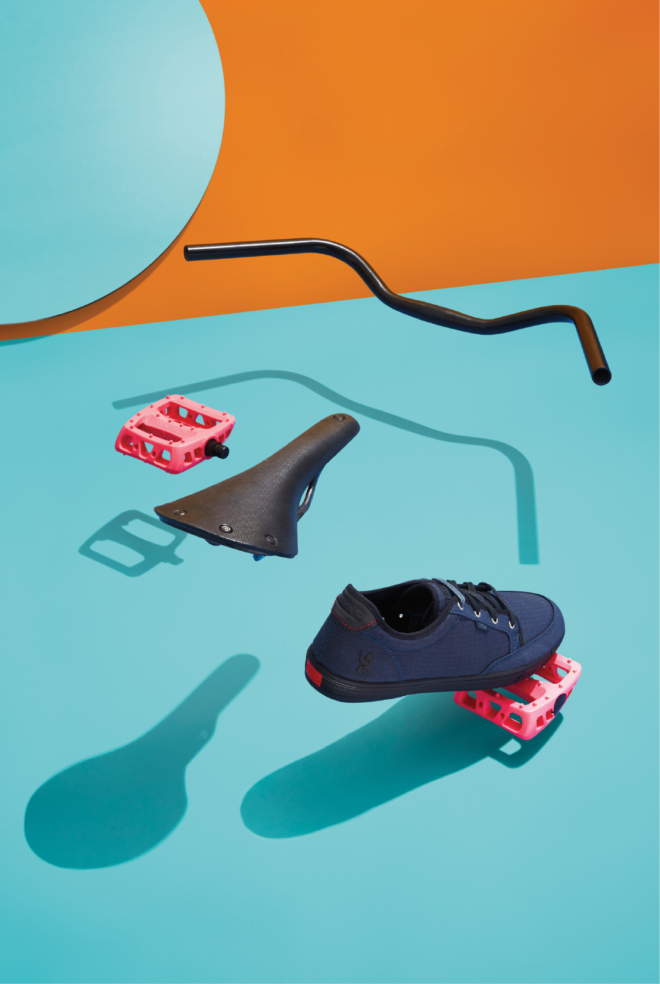 Get back in the saddle with these tips. The post Ride Your Bike Like a Kid—and Make It Fun Again appeared first on WIRED.

Shred the Mountain to Pieces With This Backcountry Ski Gear

When it’s steep and deep on the back side, strap on this mountain-crushing outfit. The post Shred the Mountain to Pieces With This Backcountry Ski Gear appeared first on WIRED.

Pace Yourself With These 3 Sweatproof Workout Headphones 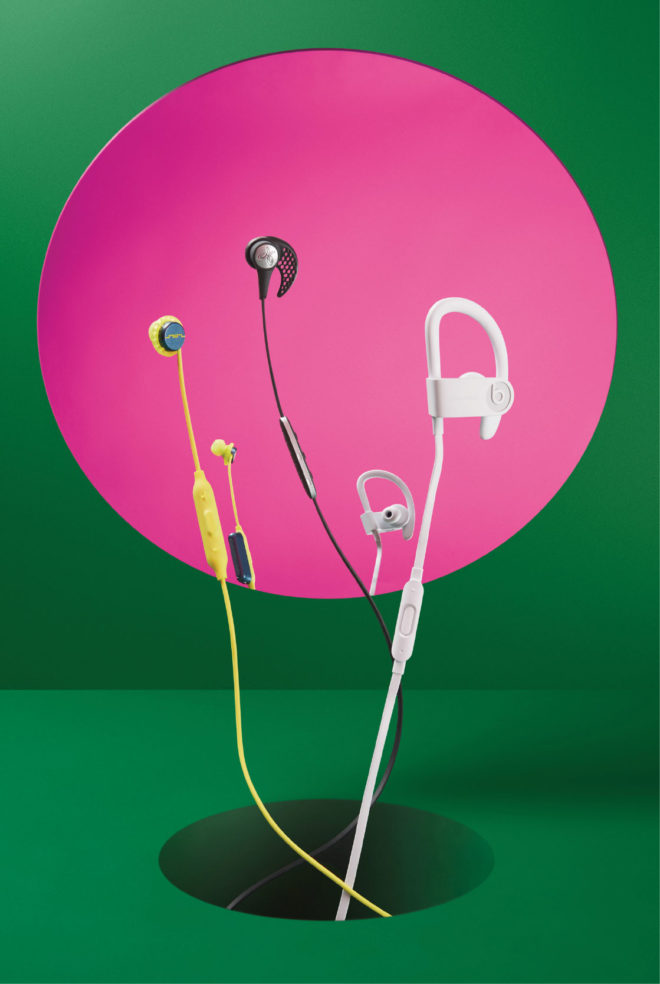 Each of these sweatproof buds will push you—and your budget—a little harder. The post Pace Yourself With These 3 Sweatproof Workout Headphones appeared first on WIRED. 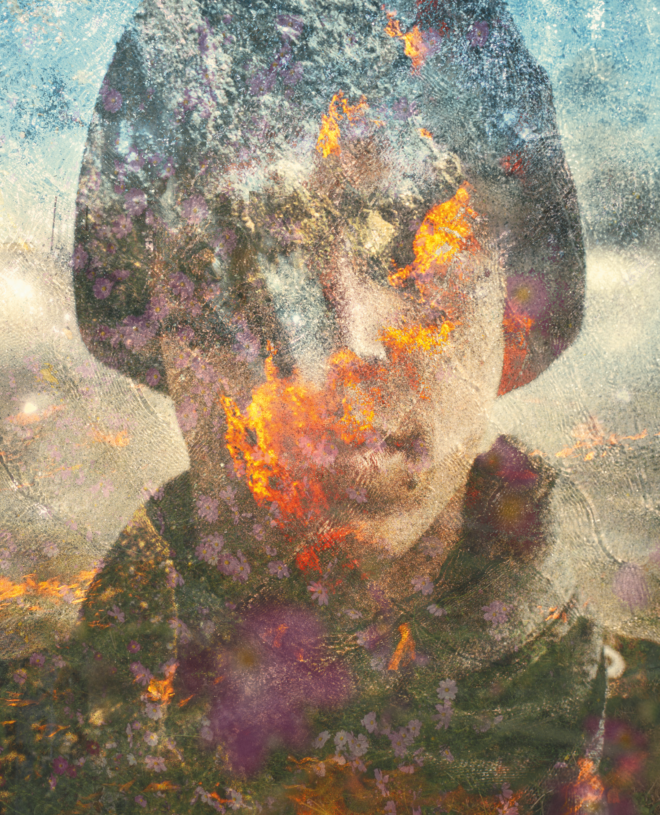 In Minneapolis, one judge is hoping that a controversial new program can reform homegrown ISIS recruits back into normal young Americans. The post Inside Minnesota’s Risky Plan to Deradicalize ISIS Recruits appeared first on WIRED.